It is the scientific agricultural practice of breeding and raising livestock.
➤  It deals with the care & breeding of livestock (buffaloes, cows, pigs, horses, cattle, sheep, camels, goats etc.) poultry farming and fisheries.
➤  More than 70% of the world livestock population is in India & China. However, the contribution to the world farm produce is only 25%, i.e., the productivity per unit is very low. Hence new technologies have to be applied to achieve improvement in quality and productivity.

➤  It is the management of animals for increasing yield and quality of milk and its products.
➤  Milk yield depends on the quality of breeds in the farm.
➤  It is important to select good breeds having high yielding potential and resistance to diseases. 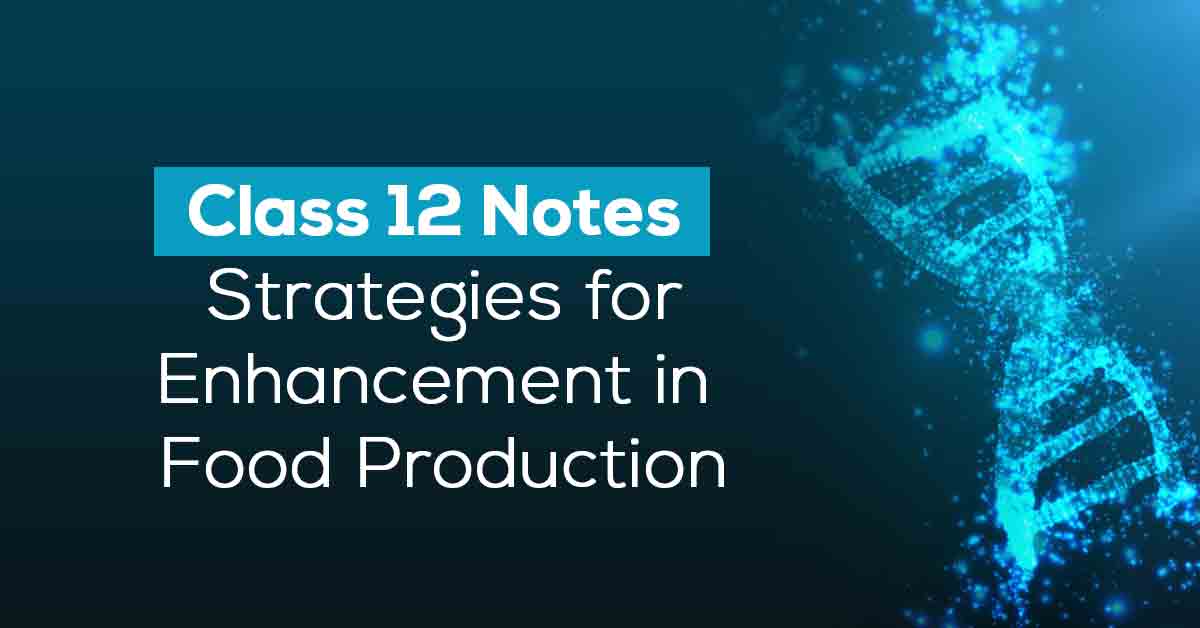 Ways for the yield potential:

✧ Look after the cattle (housing well, give adequate water and maintain disease free).
✧ Feeding of cattle in a scientific manner – emphasis on the quality and quantity of fodder.
✧ Stringent cleanliness and hygiene (of cattle & handlers) while milking, storage and transport of the milk.
✧ Nowadays, these processes have mechanized. It reduces chance of direct contact of the produce with the handler.
✧ To ensure these stringent measures there should be
✧ Regular inspections to identify and rectify problems.
✧ Regular visits by a veterinary doctor.

➤  A breed is a group of animals related by descent and similar general appearance, features, size etc.
➤  Breeding is the modification of genotype of an organism to make that organism more useful to humans.
➤  Animal breeding aims at increasing the yield of animals and improving the desirable qualities of the produce.
➤  Breeding is 2 types: Inbreeding and out breeding. a. Inbreeding It is the mating of more closely related individuals within the same breed for 4 6 generations.

This strategy is as follows:

➤  It increases homozygosity to evolve a pure line animal.
➤  It exposes harmful recessive genes that are eliminated by selection.
➤  It helps in accumulation of superior genes and elimination of less desirable genes. This increases the productivity of inbred population.
Continued inbreeding, especially close inbreeding, may reduce fertility and productivity. This is called inbreeding depression. To solve this problem, selected animals should be mated with unrelated superior animals of the same breed.

➤  This is mating of animals within the same breed, but having no common ancestors on either side of their pedigree up to 4 -  6 generations.
➤  The offspring of such a mating is known as out -  cross It is the best method for animals having low productivity in milk production, growth rate in beef cattle, etc.
➤  It helps to overcome inbreeding depression.

➤  In this method, superior males of one breed are mated with superior females of another breed.
➤  The desirable qualities of 2 different breeds are combined.
➤  The progeny hybrid animals may be used for commercial production or may be subjected to inbreeding and selection to develop new stable superior breeds.
➤  E.g. Hisardale (sheep) developed in Punjab by crossing Bikaneri ewes and Marino rams.

➤  It is the mating of male and female of two different species.
➤  In some cases, the progeny may combine desirable features of both the parents, and may be of considerable economic value. E.g. Mule (male ass X female horse). Controlled breeding experiments

➤  The semen collected from male parent is injected into the reproductive tract of selected female by the breeder.
➤  Semen is used immediately or is frozen and used later. Frozen semen can also be transporte.
➤  Success rate of crossing mature male & female animals is low even though artificial insemination is carried out. 2. Multiple Ovulation Embryo Transfer Technology (MOET)
➤  It is a programme for herd improvement. It improves chances of successful production of h
➤  In this, a cow is administered hormones, with FSH - like activity, to induce follicular maturation and super ovulation (production of 6- 8 eggs per cycle instead of one egg).
➤  The animal is either mated with an elite bull or artificially inseminated. Fertilised eggs at 8–32 cells stages are recovered and transferred to surrogate mothers.
➤  MOET has been demonstrated for cattle, sheep, rabbits, buffaloes, mares, etc.
➤  High milk yielding breeds of females and high quality (lean meat with less lipid) meat - yielding bulls have been bred successfully to increase herd size in a short time. Bee - keeping (apiculture)
➤  It is the maintenance of hives of honeybees for the production of honey and beeswax.
➤  Most common species that can be reared is Apis indica.
➤  Honey is a food of high nutritive and medicinal value.
Beeswax is used in preparation of cosmetics, polishes etc.
➤  Apiculture can be practiced in any area where there are sufficient bee pastures of some wild shrubs, fruit orchards and cultivated crops.
➤  Important points for successful bee keeping:
(i) Knowledge of the nature and habits of bees.
(ii) Selection of suitable location for keeping beehives.
(iii) Catching and hiving of swarms (group of bees).
(iv) Management of beehives during different seasons
(v) Handling and collection of honey and of beeswax.
➤  Bees are the pollinators of crop species such as sunflower, Brassica, apple and pear.
➤  Keeping beehives in crop fields during flowering period increases pollination. It improves crop and honey yield. Fisheries
➤  Fishery is an industry of catching, processing or selling of fish, shellfish or other aquatic animals (prawn, crab, lobster, edible oyster etc).
➤  Freshwater fishes: Catla, Rohu, common carp etc. Marine fishes: Hilsa, Sardines, Mackerel, Pomfrets etc.
➤  Fisheries provide income and employment to millions of fishermen and farmers.
➤  Aquaculture and pisciculture are the techniques to increase the production of aquatic plants and animals.
➤  Blue Revolution: The development and flourishing of the fishery industry.
➤  It is the manipulation of plant species to create desired plant types suitable for better cultivation, better yields and disease resistant.
➤  Green Revolution: The development and flourishing of the agriculture. It was dependent on plant breeding.
➤  Classical plant breeding involves hybridization of pure lines and artificial selection to produce desirable traits.
➤  Now molecular genetic tools are used for plant
breeding.

Desirable traits that breeders have tried to incorporate:

(i) Collection of genetic variability

In many crops pre
➤ existing genetic variability is available from wild relatives of the crop.
➤  Collection and preservation of wild varieties, species and relatives of the cultivated species is a prerequisite for effective exploitation of natural genes.
➤  The entire collection of plants/seeds having all the alleles for all genes in a given crop is called germplasm collection.

(ii) Evaluation and selection of parents

➤  The germplasm is evaluated for identifying plants with desirable characters.
➤  Selected plants are multiplied and used for hybridisation.
➤  Pure lines are created wherever desirable and possible.

➤  It is the process in which desired characters are genetically combined from 2 different parents to produce hybrid plant.
➤  E.g. high protein quality of one parent is combined with disease resistance from another parent.

 Very time➤ consuming and tedious process.
 Hybrids may not combine the desirable characters. Usually only hundreds to a thousand crosses show the desirable combination.

 It is crucial to the success of the breeding objective and requires careful scientific evaluation of the progeny.
 It yields plants that are superior to both of the parents.
 These are self➤ pollinated for several generations till they reach a state of uniformity (homozygosity), so that the characters will not segregate in the progeny.

➤  The newly selected lines are evaluated for their yield and other agronomic traits of quality, disease resistance, etc.
➤  This is done by growing them in the research fields and recording their performance under ideal fertiliser application irrigation and other crop management practices.
➤  The evaluation is followed by testing the materials in farmers’ fields, for at least 3 growing seasons at several locations in the country, representing all the agro climatic zones. The material is evaluated in comparison to the best available local crop cultivar (a check or reference cultivar).

Mutation (sudden genetic change) can create new desirable characters not found in the parental type. Plants having these desirable characters can be multiplied directly or can be used in breeding. Mutation breeding is the breeding by mutation using chemicals or radiations (like gamma rays), and selecting and using the plants that have desirable character as a source in breeding.
E.g. In mung bean, resistance to yellow mosaic virus and powdery mildew were induced by mutations.
➤  Resistant genes from wild species are introduced into the high - yielding cultivated varieties. E.g. Resistance to yellow mosaic virus in bhindi (Abelmoschus esculentus) was transferred from a wild species and resulted in a new variety called Parbhani kranti.
➤  Transfer of resistance genes is achieved by sexual hybridisation between the target and the source plant. Plant Breeding for Developing Resistance to Insect Pests
➤  Insect resistance in host crop plants may be due to morphological, biochemical or physiological characteristics.
 Hairy leaves: e.g. resistance to jassids in cotton and cereal leaf beetle in wheat.
 Solid stemsin wheat: lead to non➤ preference by the stem sawfly.
 Smooth leaved and Nectar➤ less cotton varieties do not attract bollworms.
 High aspartic acid, low nitrogen and sugar content in maize leads to resistance to maize stem borers.
 Sources of resistance genes for breeding are cultivated varieties, germplasm collections of crop or wild relatives.

➤  It is an alternate source of proteins for animal and human nutrition. E.g. microbes like Spirulina.
➤  Spirulina is rich in protein, minerals, fats, carbohydrate & vitamins. It is grown on materials like waste water from potato processing plants, straw, molasses, animal manure & sewage. This also reduces environmental pollution.
➤  A 250 Kg cow produces 200 g of protein/day. In the same period, 250g of a micro -organism like Methylophilus methylotrophus produce 25 tonnes of protein.

1. Find the odd one out by stating the reasons (a) Jaya, Ratna, Kalyan Sona, IR 8
2. One of the aims of plant breeding is to produce high yielding, disease resistant crop plants.
(a) Describe the main steps in plant breeding.
(b) Name the variety of bhindi which is resistant to yellow mosaic virus.
4. MOET is a controlled breed experiment
(a) Expand MOET
(b) Mention any one hormone used in MOET
5. You are appointed as an Agricultural officer in the Rice breeding station. What are the criteria you will choose for producing a high yielding variety?
6. In a poultry farm, some of the chickens found to be infected with bird flu. Enumerate the measures to be taken to prevent the spread of the disease.
7. Keeping beehives in crop fields during flowering period proves economically good. Evaluate.
8. In a Tissue Culture lab thousands of healthy disease free banana plants were produced from a high yielding variety infected with virus. Name the culture method adopted here.
9. Artificial insemination is a controlled breeding. Justify
10. Your neighbour wishes to start a dairy farm. As a biology student, give some advice for a healthy dairy farm management.
11.In animal breeding programme the inbreeding techniques create purelines in animals, but continous usage cause inbreeding depression in animals.
(a) What is inbreeding depression?
(b)Suggest a remedial measure for inbreeding depression.
Tags: Study Notes